What Are Far Infrared Saunas (and how do they work) 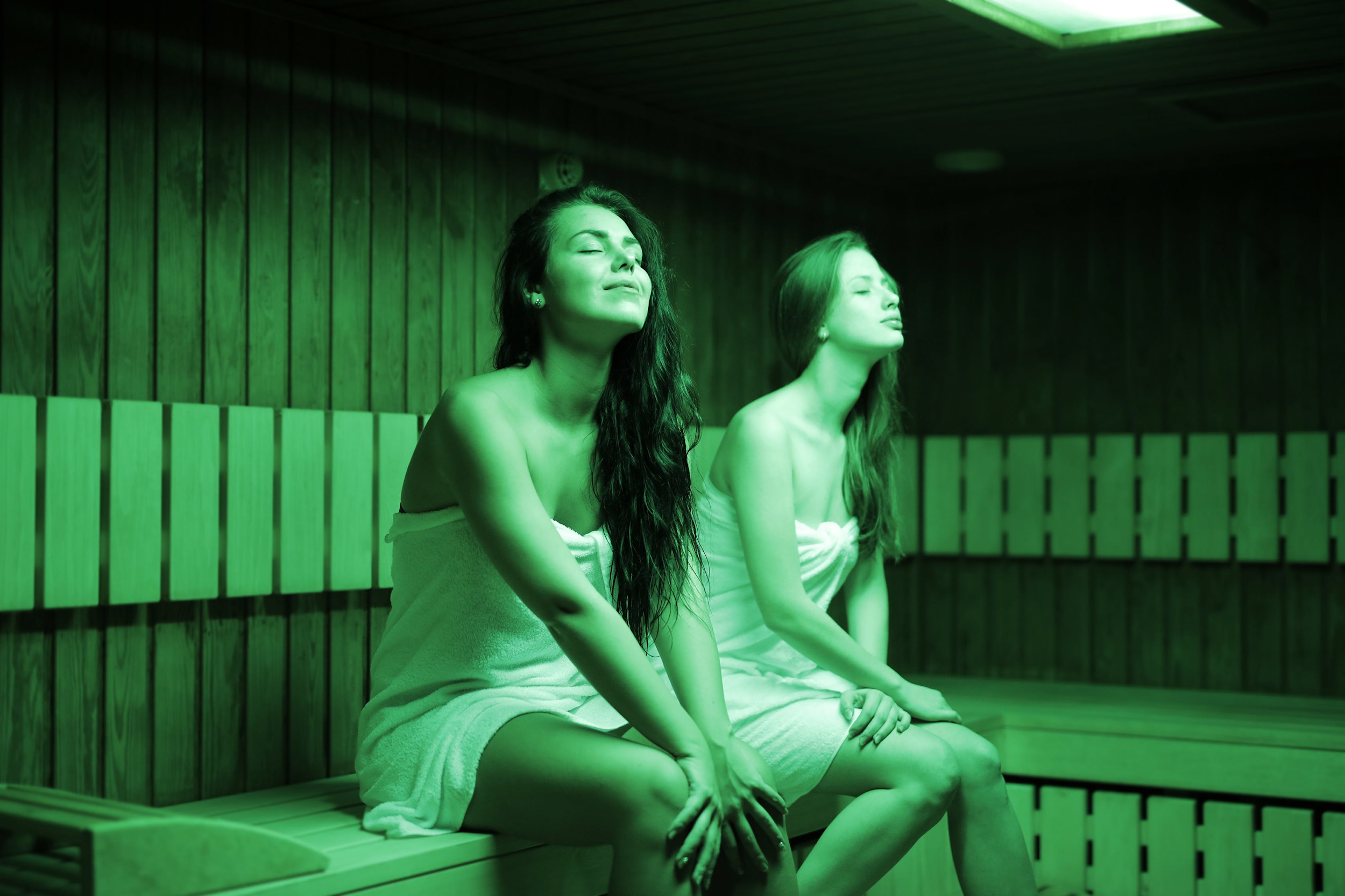 Bathhouses and saunas have a long history across the globe, across cultures. It was a way for people to spend a chilled day while being exposed to heat and steam in specifically built rooms. These could be part of an individual’s house, as in the case of Finland, or public bathhouses as used by Romans, Greeks, Latin Americans and even the Japanese. The word ‘sauna’ itself is derived from Finnish and means ‘bathhouse’.

In the early saunas, rocks were heated to increase the room temperature. These were replaced by iron stoves. When the room became very hot and dry, a little water would be splashed for moist heat, and the humidity controlled to suit the needs of the individuals. Bathhouses had heated water that generated steam to raise the temperature of the rooms. After the invention of electricity, electric stoves became popular.

These rooms were used extensively not only for good health and as a stress buster, but also for socializing. In Rome and Greece, it also served the purpose of political discussions.

Over time, it started becoming popular in the US and has undergone further changes. From being a large room that could entertain a few families, in modern times, it has become reduced to a cabinet that provides the benefits of the sauna in the comfort of the home.

The latest and most popular variety of sauna is the far infrared one, which is supposed to be beneficial even more than the traditional ones because of the use of infrared light.

What are Infrared Waves? Sunlight, we know, is made up of an electromagnetic spectrum of light of which infrared light or waves is also a part. It cannot be seen but is felt as heat.

The infrared radiation, located between the red limit of visible spectrum and the shortest microwaves, ranges from 700 nanometres to 1 millimeter. From the red end of the spectrum to the farthest from it, it is divided into near- (700-1300 nm), mid- (1300-3000 nm) and far-infrared (3000 nm to 1000 microns) depending on the wavelength.

William Herschel is credited with the discovery of infrared in 1800. He had been measuring the difference in temperature between the colors in the visible spectrum and observed that the temperature rose as the thermometer moved through blue to red. But when he moved beyond red at the end of the visible spectrum, he noticed an even higher temperature, which was nothing other than infrared light! It has since been used for thermal imaging, heat sensors and night vision equipment. One of the common uses is in the remote control, where infrared light waves are used in the TV remote to change the channels. It is also used in communications and networking as well as for wired and wireless operations.

As the benefits of infrared started becoming evident for the human body, it has also been introduced in saunas replacing the electric stove. FIR wavelength cannot be perceived by the eyes but is experienced as heat energy. It exerts rotational and vibrational modes of motion in molecular bonds and resonates with cellular frequencies, because of which the epidermal temperature rises on skin being exposed to it.

In traditional saunas, the room is heated before the person enters. Here, the surrounding air is hot which is what causes the sweating. Infrared radiation, on the other hand, can penetrate the skin up to 1½ inches depending on the energy source, thereby heating the subcutaneous tissue and stimulating the body. This was observed by surgeon John Harvey Kellogg who felt this would be a more effective way of removing toxins from the body. He custom-built sauna cabinets in 1891 and installed the recently invented Edison light bulb as a source of heat, calling this protocol ‘light therapeutics’ and the sauna cabinets ‘incandescent light baths’. The first sauna was installed in his Battle Creek Sanitarium and found to be beneficial for thousands of his patients. When he exhibited a replica at the Chicago Exposition in 1893, a German entrepreneur reproduced them for mass consumption. However, they were unsafe due to the use of unguarded electric light bulbs arrayed all around inside the wooden cabinet.

It was next taken up by the Japanese, where it was fine tuned further and became a part of the treatment mechanism. It returned to the US in the 1970s and was taken up by L. Ron Hubbard for further improvement.

Hubbard introduced a detoxification protocol that had the infrared sauna as an important component. This was to counter the detrimental effects of pesticides, food additives and pollution on human health. In 1977, he was able to eliminate LSD residues (metabolites), and by 1979, full-spectrum infrared saunas became available in the US. When FIR is used in a sauna, unlike in traditional saunas, the ambient temperature is not affected because of which it is easier to stay inside the sauna longer. The infrared light is applied directly to the skin, which causes the heating up and sweating. So as against a 180-190°F temperature in a traditional sauna, an FIR sauna gets heated only up to 110-145°F, which is more comfortable to sit in. Since infrared is a natural energy, it is also not harmful and allows for prolonged usage. The deeper penetration provides far more benefits than the superficial heating in the traditional sauna. You can also have sessions of durations ranging from 20 minutes to 45 minutes, and more than once a day to experience the benefits.

The FIR saunas are designed keeping in mind user comfort. Built of cedarwood, they can seat from one up to four people and have a door with glass for transparency and to prevent feeling crowded. To provide sufficient heat to the entire body, lights are arrayed around and under the seat for the calf muscle. There are controls provided to switch all the lights on or switch some off if it gets too hot for comfort. You can take a book and a well-designed one may even have reading lights that you can switch on or off. There is also a provision to link up your MP3 drive to listen to music.

You also get portable varieties that are easy to fold and store. These also come with heating pads for the feet and armholes for you to hold a book and read!

Exposure to far-infrared sauna on a periodic basis is known to detoxify the body because of all the sweating. FIR sauna is also great for managing several disease conditions such as body pain and fatigue, improving blood circulation and reducing blood pressure, promoting capillary dilatation and blood circulation to the peripheral nerves and improving endothelial function.

Some of the other benefits that have been observed include: In addition to the health benefits, far infrared saunas also are:

Of course, more studies are being conducted to prove the efficacy of the far infrared saunas in improving overall health. Each report only reaffirms that the deep penetrative quality of the FIR sauna has long term benefits.

The good thing is the low investment needed in these ready-to-assemble saunas that can be up and functional within a few minutes of receiving the delivery. The overall features such as the music and the control panel to manage the heat also enhance the sauna experience, making that your favorite corner in the house. Oh yes, you get them in different sizes, so you can choose one that fits your bill and the space available.

Look for a reliable brand and the right price and you are all set to go. All brands mostly mention low ELF. If you don’t know what that is and if you should be concerned, read on.

All electrical gadgets including power lines, electrical wiring and electrical appliances produce extremely low-frequency electromagnetic fields, a type of very low-energy radiation that travels in long waves. There have been concerns about the impact of ELF/EMF on human health, and this concern has been raised about the far infrared saunas as well since they also have electrical wiring.

It is heartening to note that a task group set up by the WHO to study the effects concluded that the ELF electric fields that people generally encounter do not have any adverse effect on human health. While only very strong magnetic fields can have an impact in the short term, prolonged exposure too has not shown to have any direct bearing on health.

It looks like you cannot go wrong by investing in a far infrared sauna, and in fact, only benefit. So enjoy soaking up the red light and emerge rejuvenated!